...the playing had great delicacy and poise... beautifully executed... considerable range of tone colours. The advanced techniques required in the flute part were managed successfully and both players conveyed the spirit of the piece and their own enjoyment of it. 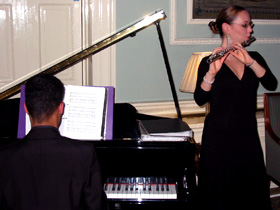 Anne regularly performs with Charles Matthews in the 60 Minutes of Music Friday evening recital series at The Regis Centre, Bognor Regis. In 2018 & 2019 Anne performed for the Friends of Holland Park in the Orangery and has been invited back to perform in 2020. In 2014 Anne performed a programme of South American music for Shipston Music Society with Charles on piano and Keith Price on percussion!

This was the best concert I ever heard in this house" was stated independently by two members who have been coming for more than 30 years. Thankyou Anne and Chris.

As well as performing as a flute soloist, Anne performs with a variety of instrumental groups, all international musicians in their own right, including: 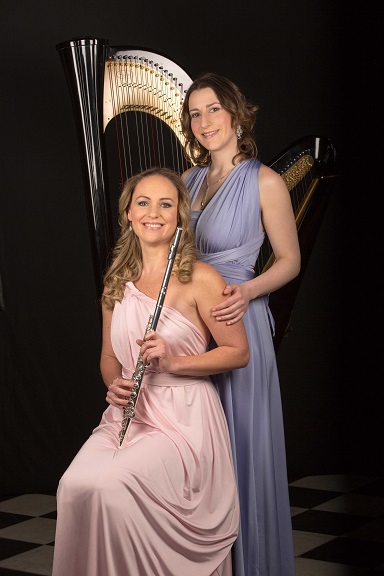 Other requests can be happily accommodated.

Bookings are very simple to organise. Just let us know:

When we have all this information we would be delighted to give you a quote. Packages start from £500 for a duo recital.

Anne has an extensive repertoire list available and will happily include any requests. The music is chosen with consideration of the audience and is therefore tailored to each individual booking. The wide repertoire Anne can provide spans light classics, popular music and more formal repertoire. A more recent venture of Anne's is providing themed evenings of entertainment, for example an evening of French Favourites, with food and wine to match! A repertoire list is available on request and a selection of demo recordings can be listened to if you click here.

A brilliant display of technique and musicianship...theirs is a duo par excellence... They communicated the love of the music so readily.

Amongst others, Anne has played to:

Concert Societies Anne has entertained include:

Selection of venues Anne has performed at: