Many congratulations to everyone who worked on The Moo Moo man which has just won the BAFTA award for Best British Documentary at the British Independent Film Awards! The wonderful Stephen Daltry created the soundtrack to both The Moo Moo Man and The Lost World of Mr Hardy, both of which I was delighted to play for. 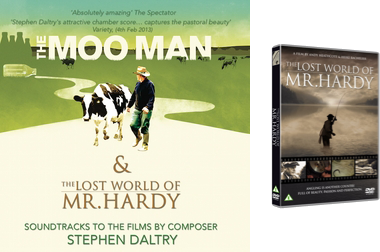 The Lost World of Mr Hardy tells an evocative story of quality and ethically based manufacturing through... a gorgeous musical score — breathtaking in its simplicity, beauty and effectiveness. It perfectly amplifies a tale about delicacy, nature and the bittersweet hope that such things might survive in our brave new world.